This piece was produced as a video installation first. I made 8 photographs from the same image as the video. The image is fictional Landscape that combines two or more photographs that I took of a Japanese beach that is famous for its strange rocks.
I printed the composed landscape on a big piece of paper with an inkjet printer, and I retook with a digital camera for making animation.

I dropped bicarbonate solution on the top edge of the printed paper to liquefy the ink and gradually hide parts of the image on it. The retakes captured not only the slowly disappearing image, but also the changes in the texture and form of the surface of the paper.
Thus, at first, we think we are looking at a beautiful beach, but soon it is revealed to be a photograph whose image is gradually being eroded by dripping liquefied ink. The changing surface of the photo helps bring us to this realization. Consequently, in the last scene, we realize that we have been left looking at a soggy piece of paper with running ink. 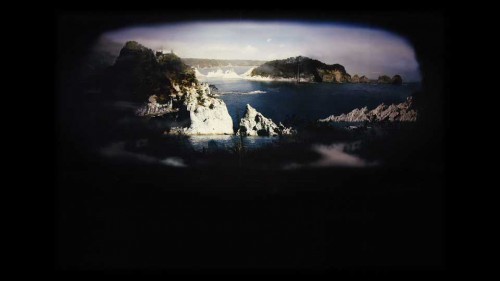 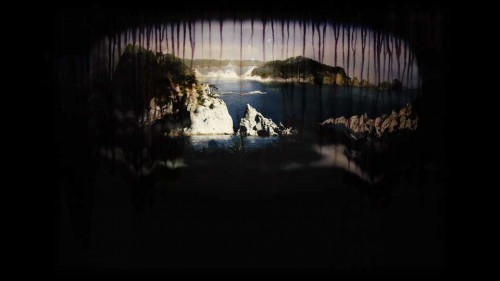 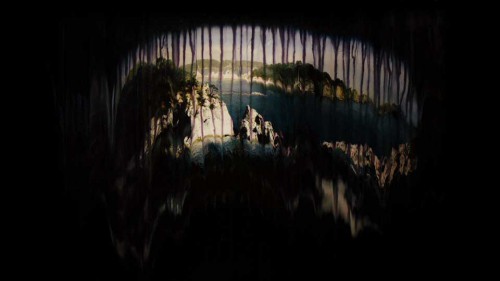 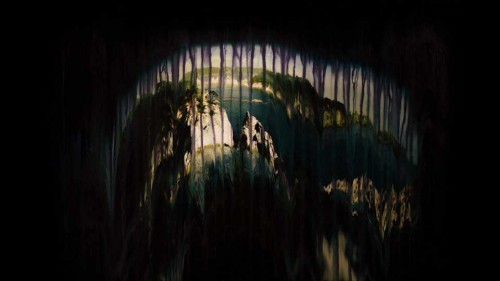 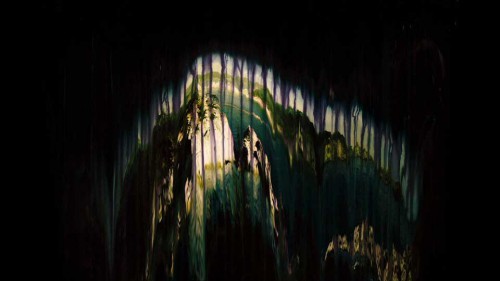 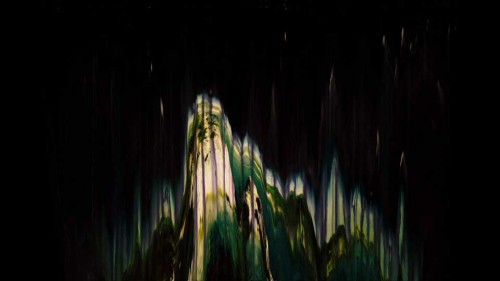 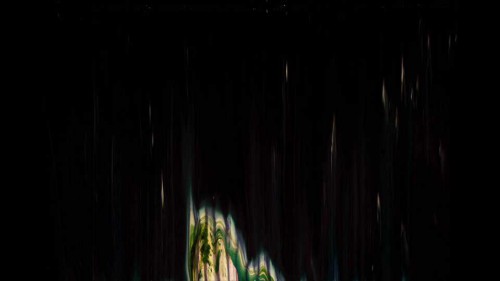 There is a certain type of landscape, which everyone praises and says is "ideal", and in most cases it's painted from imagined, fictional buildings. It looks completely natural and realistic, but it was artificially created, from the mind of the artist. People seek this ideal landscape, which doesn't exist in reality, on special journeys, such as the Grand Tour.

There is a certain scenery, and it is not clear where it is, from where I look at it, or with whom I see it. Anyway, it's in front of me, I stand on the edge of the scenery. 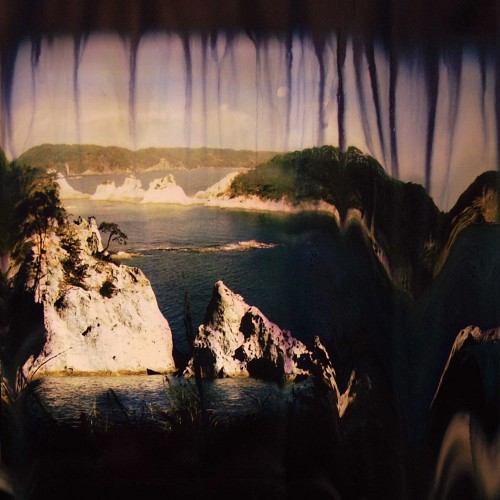 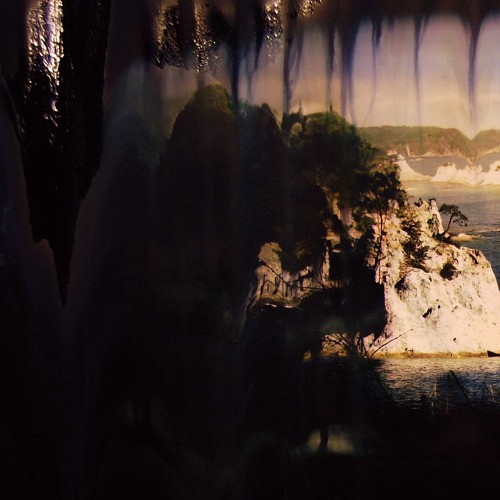