This piece was created out of my fascination for the relationship between paintings and moving image. In this piece“Sweet Scent”, I created a set which imitated a still life painting by Francisco de Zurburan (1598-1664, Spain). The set, which was composed of fruit, flowers, and a cup on a table, was my subject that I shot with a digital SLR camera at one-hour-intervals over four months.
I manipulated each of the over 3.000 pictures and put them together to create this animation. I also adjusted the form, changed the color, and added some drawings.

During the retouching, the flowers and fruit took on a more subdued, muted, and dull quality, like seen in the original painting. By the time the piece nears the end, I am hesitant to call the fruit and flowers nature, as they gain an artificial painting quality. Watching the video in its entirety causes us to confront the reality of the objects in the image. The fruit and flowers that just seemed exactly like an imitation now wilt, wither and die before our eyes. (Written by Mami Kosemura , From Artist’s Comment at

There are two timelines for this piece. One of them is the four months that I took time-lapse photographs of a set, the other one is the several hours that I captured a woman’s shadow as she walked around the set. When I worked out the concept of this piece, I had an interest in the space inside a picture. I found that the space is quite different from that of our daily lives when I put up the set which imitates a still life painting, I connected wires to the oranges, including their leaves, because I could not make their form beautiful like the painting. I tilted the table to change the position, so the side would be higher than front. During this adjustment, I was getting interested in the hidden back and the edges of the temporary space, like a backdrop. What are the limits of the space ? Where does the space begin and where does it end ? Where does the frame come into space ? I walked around the set, and I explored the border of the flame in the camera, also the flame of the picture. In this piece, I incorporated the images of my shadow, floating in the picture. You can see and hear the evidence of my presence during filming the forms of the shadows and sounds of my walking around the set.

This piece uses one projector or one monitor and 5 ch. surround-sound speakers for its installation. The sounds you hear are from a woman walking around the set, dragging her skirt . 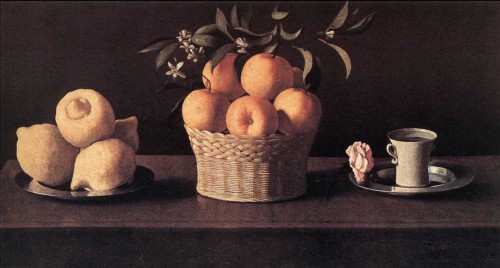 Mami KOSEMURA (1975-)studied oil painting and mural painting, and her subsequent work has been concerned with interactions between painting and video.

Sweet Scent, which appears in this exhibition, resembles a still life by Francisco de Zurburan (1598-1664).
Kosemura reproduced the arrangement of fruit and a cup in an interior found in the painting and photographed it every hour hour with a digital camera to document the changing condition of the fruit as it decomposed. This process was continued for several months, and the images were edited on DVD. Like Decaying, which refers to a still life once attributed to Caravaggio (1573-1664), this work is based on a desire to examine the changing appearance of objects that are frozen in a still life painting. The artist says that when she tries to reproducing the actual space that was painted, she finds how much the artist's imagination was operating in all areas of the pictures, producing flowers and fruits that could not exist in a real world with gravity. That is, the things created in the fictional world of painting are accepted as having a natural existence within the work only because viewers are used to a certain way of looking at it as a work of art. The concern of the artist is to bring this fictional creation into the world of reality and develop by it by giving it movement and change. To Kosemura, painting and video both portray fictional worlds.

In another work prepared for this exhibition, it is possible to look through a window at the actual space used in the video work and see a cup and a cut flower that is kept form rotting with the use of special chemicals. The painting on which this scene is based present. The video provides a different kind of experience by showing what happens to it after that moment in a condensed flow of time. The still life that appears here is frozen in the state it was in when the video documentation began.

[From the exhibition catalog "Where do I come from? Where am I going? : MOT Annual 2004"] Written by Naoko Seki / Museum of Contemporary Art, Tokyo 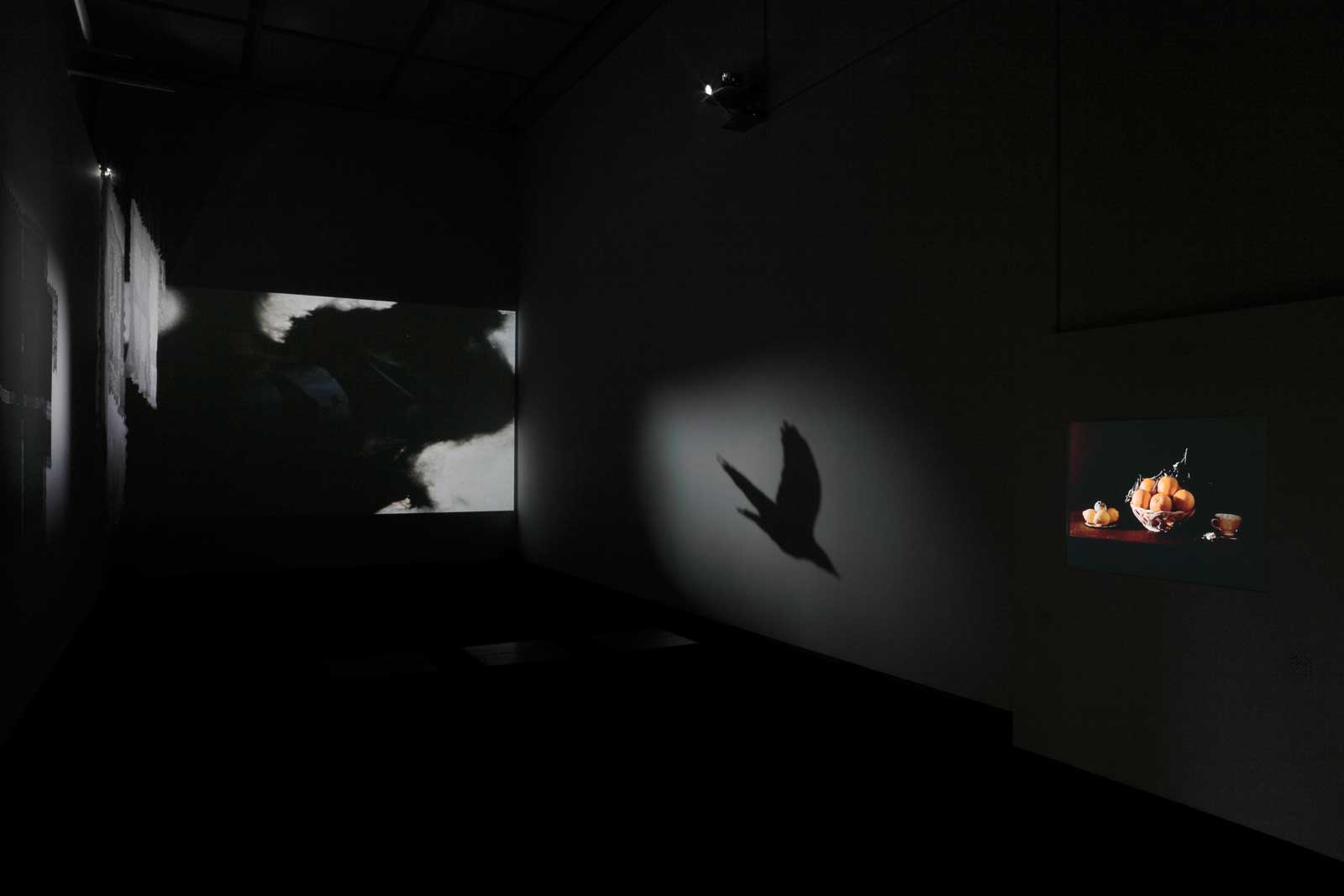